As an experienced professional photographer, I’m all too familiar with the reluctance of teenagers – and, in particular, teenage boys! – to be on the receiving end of a camera lens.

However, as a parent myself, I also know only too well that toddlers seem to morph overnight into teenagers then fly the coup, and how many families regret not having had professional photos of their offspring taken at various points along the way.

For me, the key to photographing teenagers is to try to make the whole process less awkward and more fun for everyone concerned, and over the years I’ve found numerous ways of easing the pain.

One photoshoot that springs to mind as being particularly enjoyable took place recently after proud grandmother Nancy – a regular client – asked me to photograph her teenage grandsons, David and Andrew.

As you might expect, the lads weren’t exactly enthused by the prospect, although they didn’t want to let their gran down. To counter any resistance, Nancy and I came up with a suggestion which we thought might make the experience less of a trial: we organised a trip to Lower Largo beach.

David and Andrew dutifully appeared on the sand at Low beach, accompanied by both granny Nancy and their cousin, Sarah, whom I’d had the pleasure of photographing on several occasions previously. One of the great privileges of being a photographer is that I often get to meet and work with three – or even four – generations of the same family, which is lovely.

Initially, the boys’ eyes were firmly fixed on their mobile phones, and one look at their faces told me that at that precise moment they’d rather have been just about anywhere else on the planet than standing with yours truly on a Scottish beach.

“You really don’t want to be here, do you?” I enquired, already knowing the answer. “No, not really!” they confirmed with refreshing honesty. Well, at least we were on the same wavelength…

Granny, however, was not about to be easily deflected from her mission to secure the family photographs that she’d set her heart on. Indeed, being a smart lady, she’d come armed with treats and props – such as firelighters, marshmallows, hot chocolate, blankets, towels, etc. It appeared she had left no stone unturned in her pursuit of pictures of her much-loved grandsons.

Nature seemed to be on our side that day, as a couple of seals obligingly turned up during the photoshoot, providing a welcome distraction for everyone. Then the boys set about collecting firewood to make a bonfire and gradually began to relax, eagerly toasting marshmallows over the flickering flames. 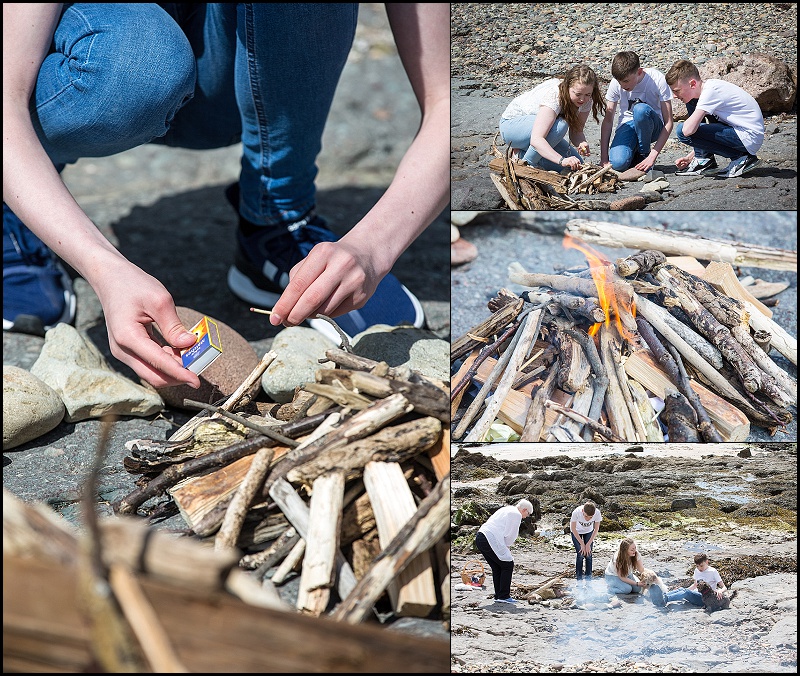 In fact, before long, they were even suggesting where they would like to be photographed. 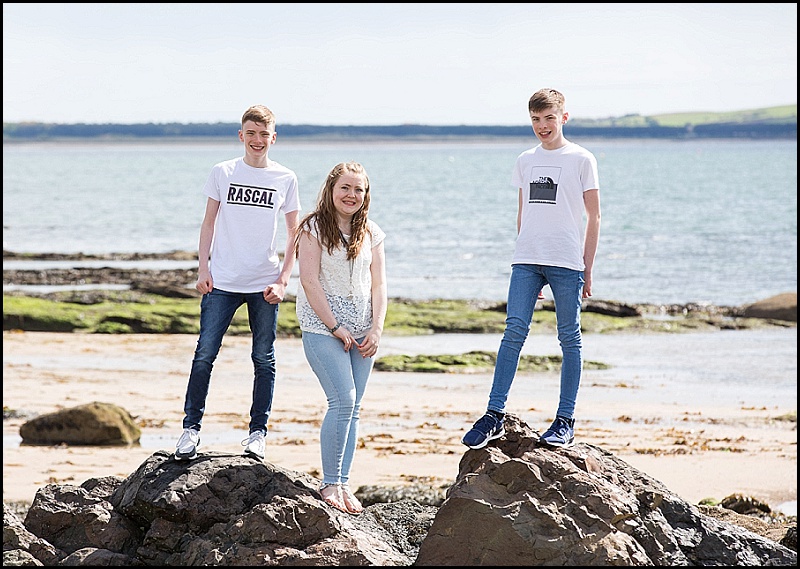 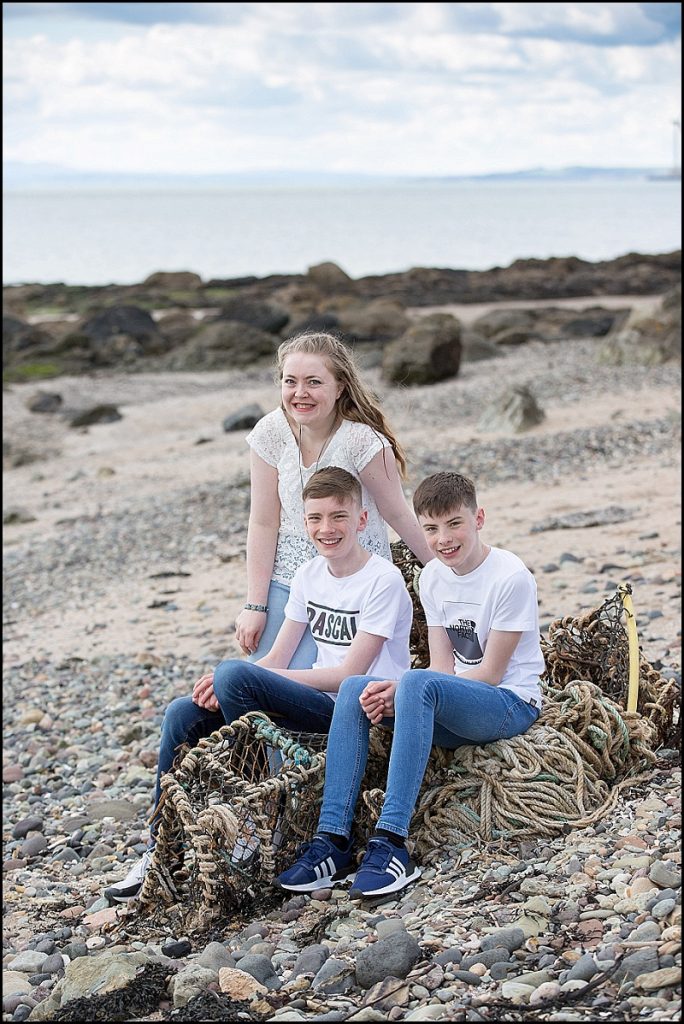 One of the major advantages of being photographed outdoors, especially in the case of teenagers, is that it is (quite literally) a breath of fresh air compared to sitting in a stuffy studio for an hour or two. 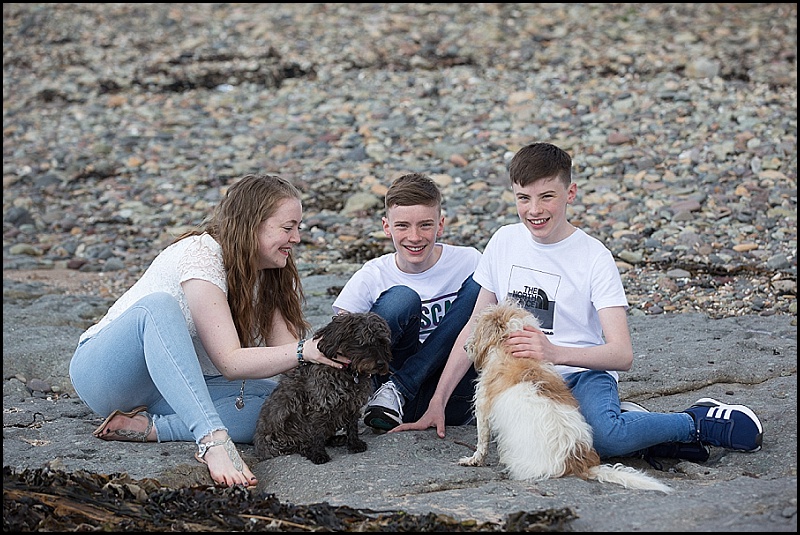 Nancy and I had a fabulous afternoon at her family photoshoot on the beach, and while the young gentlemen in question possibly wouldn’t want to admit it, by the end of the day they actually enjoyed the whole experience. The happy faces in these gorgeous photos say it all – and the camera never lies! 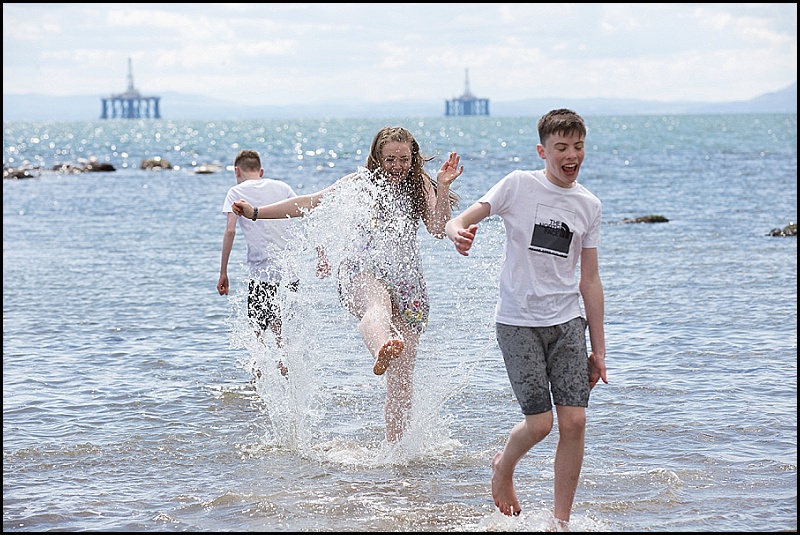 Please agree to the use of cookies. We do not store any personal data in cookies. more information